RECITAL trial supports rituximab as a treatment option for CTD-ILD 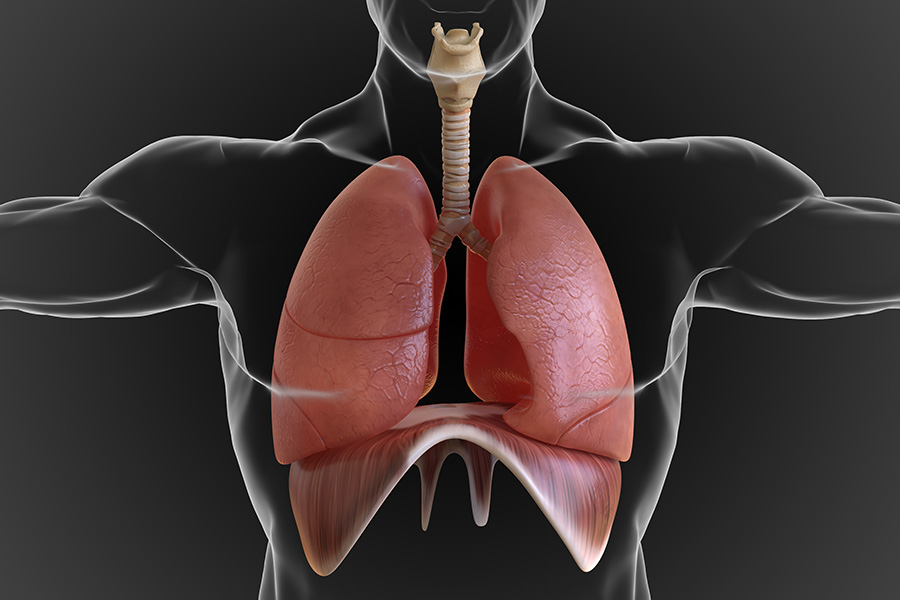 Findings from the phase 2b RECITAL trial suggest that rituximab may represent an alternative to cyclophosphamide for the treatment of connective tissue disease (CTD)-associated interstitial lung disease (ILD).

Discussing the background to their study in The Lancet Respiratory Medicine, Toby Maher (University of Southern California, Los Angeles, USA) and colleagues say that “cyclophosphamide is frequently used as an effective treatment for individuals with severe or rapidly progressive CTD-associated ILD”, but its use is limited by toxicity.

They add that although rituximab “has been reported in retrospective cohorts and small open-label studies to be a potentially effective treatment for CTD-ILD”, there have been no randomised controlled trials of the agent in this patient group to date.

To address this gap, the investigators randomly assigned 97 patients from the UK with severe or progressive ILD related to idiopathic inflammatory myositis (45%), systemic sclerosis (SSc; 38%) or mixed CTD (16%) to receive rituximab (1000 mg at weeks 0 and 2; n=49) or cyclophosphamide (600 mg/m² every 4 weeks; n=48). With the exception of corticosteroids, additional immunosuppressive therapy was not permitted until week 24.

The researchers found that lung function improved to a similar degree in both treatment groups. Average forced vital capacity (FVC) at baseline was 2.25 L (68% of predicted) in the rituximab group and 2.23 L (71% of predicted) in the cyclophosphamide group; these values improved by 97 mL and 99 mL, respectively, at the 24-week follow-up, translating into a nonsignificant between-group difference of 40 mL after adjustment for age, sex, baseline FVC and diagnosis.

Moreover, the majority of secondary endpoints – including diffusing capacity of the lung for carbon monoxide, 6-minute walk distance, EQ-5D-5L quality of life score and measures of disease activity – were comparable in the rituximab and cyclophosphamide arms at weeks 24 and 48. The only exception was the Global Disease Activity score, with significantly smaller improvements from baseline to week 48 among rituximab- versus cyclophosphamide-treated patients (1.7 vs 2.9 points).

The investigators say that total average corticosteroid exposure per patient from baseline to week 48 was numerically lower in the rituximab than the cyclophosphamide arm (37.6 vs 42.9 mg hydrocortisone/day), albeit the between-group difference did not reach statistical significance.

All participants experienced adverse events (AEs) during the study. However, there were fewer events overall in the rituximab group than the cyclophosphamide group, at 445 and 646, respectively.

Maher and team report that while the frequencies of most AEs were balanced between the rituximab and cyclophosphamide groups, patients in the rituximab group experienced fewer cases of gastrointestinal disorders (71 vs 170), general disorders and administration site reactions (52 vs 91) and nervous system disorders (35 vs 72).

Together, these findings suggest that rituximab “should […] be considered as a treatment option in individuals with severe or rapidly progressive CTD-ILD”, write the investigators.

The authors of an accompanying comment agree that “the RECITAL trial confirms the efficacy of rituximab” in this setting. Nevertheless, they point out that “many questions remain to be addressed, mainly regarding combination therapy with antifibrotic drugs or other immunosuppressants.”

Andreina Manfredi and Marco Sebastiani, both from University of Modena and Reggio Emilia in Italy, say that rituximab is approved for the treatment of rheumatoid arthritis in combination with methotrexate and for antineutrophil cytoplasmic antibody-associated vasculitis in combination with corticosteroids. However, “no recommendations are available about the possible benefits of a combination therapy including rituximab in the treatment of CTDs and, in particular, of CTD-ILDs”, they add.

The commentators also note that “the optimal duration of the therapy and the need for a maintenance therapy over time remain to be defined.”