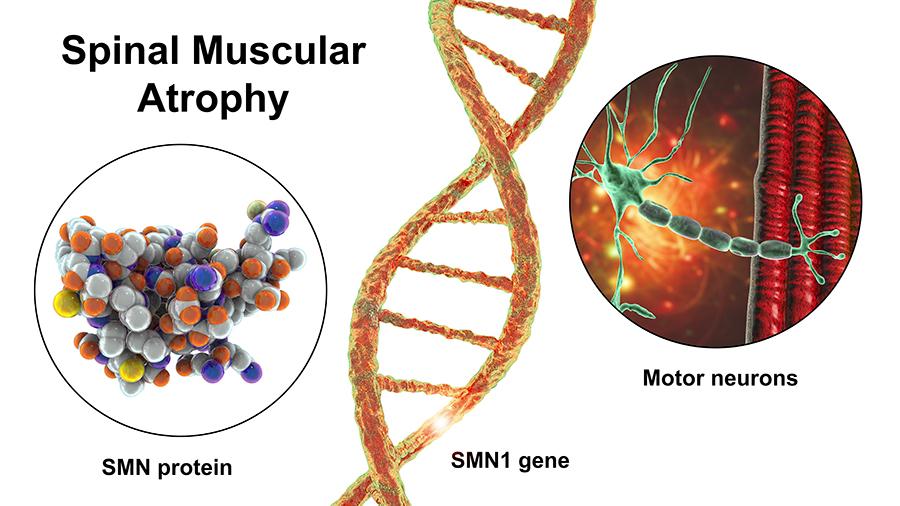 The 24-month results from part 2 of the open-label FIREFISH trial suggest that prolonged treatment with risdiplam is associated with continued improvements in motor function and development in infants with type 1 spinal muscular atrophy (SMA).

They add: “The FIREFISH open-label extension phase will provide further evidence regarding long-term safety and efficacy over an additional 3 years of risdiplam treatment in infants with type 1 spinal muscular atrophy.”

The researchers explain that part 2 of the trial included 41 infants aged 1–7 months with genetically confirmed SMA and two copies of the SMN2 gene. Oral risdiplam was initiated according to age with a target dose of 0.20 mg/kg per day, which increased to a daily dose of 0.25 mg/kg once infants reached 2 years of age.

The study previously met its primary endpoint of an increase relative to natural history data in the proportion of infants who were able to sit without support for at least 5 seconds after 12 months of risdiplam.

The current article focuses on outcomes up to 24 months after starting treatment, at which point 38 infants remained in the study. Of these, 44% were able to sit without support for at least 30 seconds, which was significantly higher than the performance criterion of 5% defined based on natural history data.

However, no infants could stand alone or walk alone at the 24-month timepoint, which differs from clinical trials of the other two disease-modifying therapies for SMA, nusinersen and onasemnogene abeparvovec, notes the author of an accompanying commentary.

“This difference could be related to the age at which patients were enrolled (median age at enrolment of 5.3 months, which is older than enrolment age for nusinersen and onasemnogene abeparvovec trials)”, writes Susan Iannaccone, from the University of Texas Southwestern Medical Center in Dallas, USA.

Nevertheless, Iannaccone draws attention to the “interesting and important observation” that “when comparing results reported at month 12 with those reported at month 24, […] there is a cumulative effect over time—the more doses received, the better the motor outcome.”

For instance, the proportion of infants achieving a score of at least 40 points on the Children’s Hospital of Philadelphia Infant Test of Neuromuscular Disorders (CHOP-INTEND) rose from 56% after 12 months of treatment to 76% after 24 months.

Similarly, 78% of infants were considered motor milestone responders on the Hammersmith Infant Neurological Examination, Section 2 (HINE-2) after 12 months compared with 85% after 24 months. And the proportion of infants achieving a higher motor milestone category in the HINE-2 also increased at the 24-month mark.

Masson and co-authors comment: “These findings show clinically meaningful gains in motor function and indicate a clear deviation from natural history data, where achievement of major motor milestones and a CHOP-INTEND score of 40 points or greater is rarely observed.”

A total of 17% of infants experienced at least one treatment-related adverse event, most commonly maculopapular rash, skin discolouration or constipation, each in 5%. But there were no dose modifications or discontinuations due to toxicities related to risdiplam.