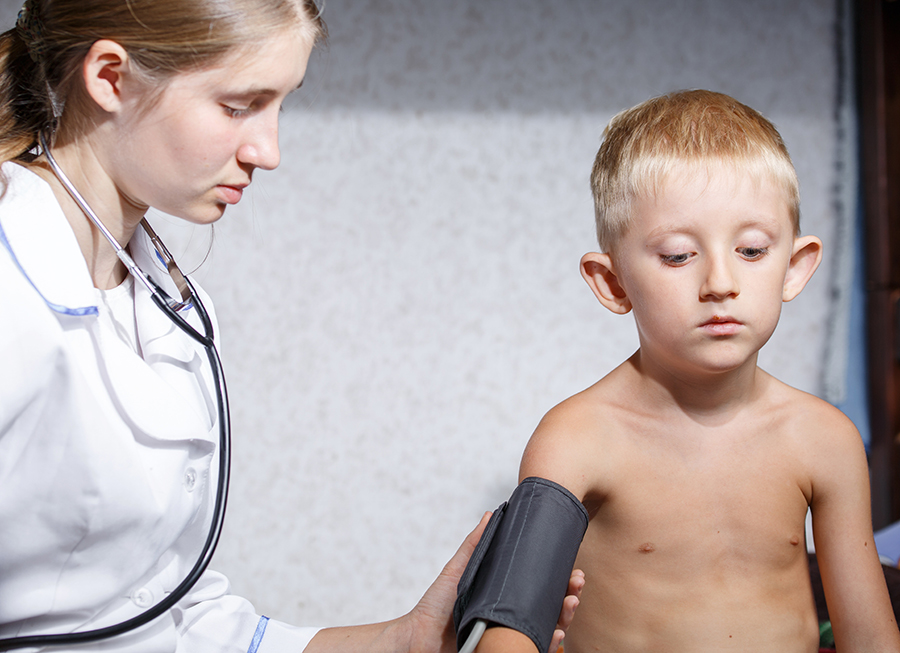 Findings from the HOT-KID trial confirm the role of blood pressure in adverse cardiac remodelling in children with chronic kidney disease.

The results reported in The Lancet Child & Adolescent Health also suggest that physicians should aim for blood pressure at around the 50th percentile for the child’s age and sex to prevent or reverse cardiac remodelling.

Thus, the “difference between the two groups was modest”, report Manish Sinha (Evelina London Children’s Hospital, UK) and team, with blood pressures averaging 103/60 and 107/64 mmHg in the intensive- and standard-treatment groups, respectively.

Change in the primary outcome measure of left ventricular mass index (LVMI) did not significantly differ between the groups, with both achieving a sustained reduction during 5 years of follow-up. The annual rates of reduction were 1.9 and 1.2 g/m2.7 for children allocated to intensive and standard treatment, respectively.

The researchers note that baseline LVMI for the whole trial population was near normal, at an average of 31.1 g/m2.7, and only 6–8% of children had LV hypertrophy, which along with the small difference in blood pressure may have reduced the potential to detect a between-group difference.

“Concentric remodelling is a recognised feature of hypertension-mediated organ damage in clinical practice guidelines and in adults there is evidence that it might be a more sensitive measure of target organ damage than LVMI”, say the researchers.

Both groups in HOT-KID had a reduction in relative wall thickness over time, from an average of 0.34 to 0.28 in the intensive-treatment group and 0.36 to 0.31 in the standard-treatment group. But the average annual reduction was significantly greater in the former than latter group, at 0.010 versus 0.004.

“These findings suggest that the remodelling of the left ventricle is dependent on blood pressure target even over a narrow blood pressure range”, write Sinha and team.

They add that “the HOT-KID study provides the first evidence from a randomised controlled trial on the effects of differing blood pressure targets on cardiac remodelling.”

The children included in the study were aged between 2 and 15 years and predominantly of White ethnicity. The most common cause of kidney disease was congenital anomalies of the kidney and urinary tract.

Considering all their findings, the study authors believe there is no need to target blood pressure below the 40th percentile, but suggest that “the reverse remodelling seen in the standard treatment group would have been attenuated had the majority of children had blood pressure in the upper range of the 50th–75th percentile.”

They conclude: “Thus, a target of the 50th percentile would seem close to the optimal for preventing cardiac remodelling.”